Listed among the “100 Most Influential People of the 20th Century” by Forbes, Charles-Édouard Jeanneret, known as Le Corbusier, was a Swiss-French architect, designer, painter, urban planner, writer, a pioneer of what is now called modern architecture, and definitely was one of the most influential architects ever born. His was the idea of a house as a living machine, where your role is to make the machine work in the most efficient way without renouncing the cosiness.

END_OF_DOCUMENT_TOKEN_TO_BE_REPLACED

Your house is perhaps the largest and most valuable asset you possess. Furthermore, it has much more than just an intrinsic value. For these reasons, you should not hesitate to engage in home improvement, whenever you deem necessary. Choosing to perform do it yourself projects is definitely a fine option. Here is a preliminary guide that will aid you in getting a head start on your home improvement DIY projects.

END_OF_DOCUMENT_TOKEN_TO_BE_REPLACED

Browse thousands of furnishings and find the perfect products that will make your home that cosy, relaxing, comfortable environment you have always desired.

For a most recently updated list of selected products, please visit our side project at Pome.co.uk

Try our new global search feature to search in all of our shops at once!

Search products in this shop

Didn't you find what you were looking for? No worries! Add our website to your favourites and visit again later. We'll try to get the right product for you based on your search criteria. 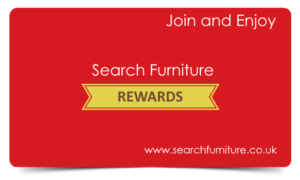